Waking up late in the morning, especially on a week day morning can lead to a very fast start to the day.  You can easily find breakfast going out the window, yesterday’s shirt making a second appearance and at least one important item you will no doubt need later in the day being left neglectfully on the side.

On this rushed morning, which occurs to often for most you neglected one thing that we all rely on almost every day. Upon jumping in and out of the shower, the rather expensive shower door experienced a very brash opening and closing, followed almost instantly with what could be described as a banging sound.  After some weeks, months or maybe years this banging sound will eventually lead to the failing or faulting of the shower door in some way or another, but don’t worry, depending on your shower door there is almost certainly a solution.

William from Ayrshire recently contacted having had a problem with his shower door not closing properly.  William used a F311NA adhesive magnet on his shower door to attract to a small piece of steel.  When the shower door closed the magnet attracted to the metal plate ensure that the door stayed firmly closed while the shower was in use. 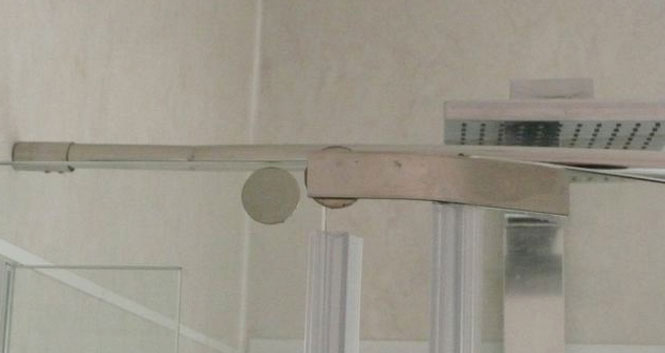