X
This site uses cookies to provide and improve your shopping experience. If you want to benefit from this improved service, please opt-in.
More Info
Accept Cookies
A UK LEADING Magnet Supplier
Next Day Delivery Available to the UK
Standard Delivery From £2.25 + VAT

How Is The Strength Of A Magnet Measured

Use the links provided below to navigate through our Tech Centre. If you can’t find the information you are looking for please call 0845 519 4701.

HOW IS THE STRENGTH OF A MAGNET MEASURED?

When we consider the ‘strength’ of a magnet, there are several measurements that all contribute to a magnet’s strength in different ways, which can often seem confusing. It also depends on what is meant by strength; pulling force and magnetic field strength are often both summarised as strength.

In this article, we’ll describe each attribute that contributes to a magnets performance in turn and answer the question, how is the strength of a magnet measured?

SHOP ALL MAGNETS BY MATERIAL

Maximum energy product, also referred to as BHmax is calculated by multiplying a magnet’s remanence (Br) and coercivity (Hc).

Maximum energy product, remanence and coercivity can all only be measured with a hysteresis graph testing machine which plots a second quadrant hysteresis curve. 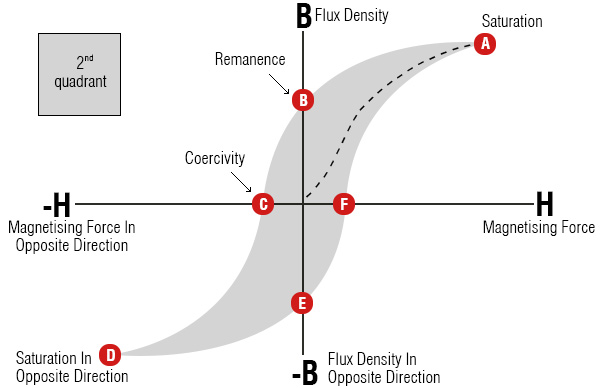 The remanence value of a magnet is the flux density held by the magnet whilst it is in a closed circuit. When the magnet is removed from the hysteresis graph testing machine, it is now no longer in a closed circuit and is considered as open circuit. The magnetism falls instantly to a much lower level and this value depends on the ratio between the surface area and its relative magnetic length. Magnets with small poles and long lengths have much higher open circuit flux densities than magnets with large poles and relatively small magnetic lengths. 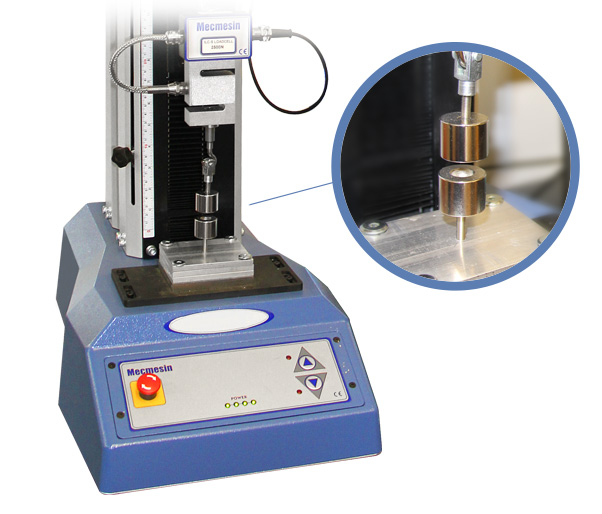 As neodymium magnets have become more widely used, most manufacturers and suppliers provide a pull strength for each of their magnets to show how much weight a magnet can hold.

The pull strength is the highest possible holding power of a magnet, measured in kilograms. It is the force required to prise a magnet away from a flat steel surface when the magnet and metal have full and direct surface-to-surface contact. The grade of the metal, surface condition and angle of pull all have an impact on the pull strength.

A pull-gap curve plots the pulling power of a magnet in direct contact with a thick and flat piece of steel and then through a steadily increasing range of air gaps. All magnets can be tested over a variety of air gaps using a pull-gap testing machine.

So, when selecting a magnet, the key things to look out for are the maximum energy product value of a magnet, the open circuit or surface gauss value and the maximum pull strength. These three attributes allow you to compare one magnet against another.

The strongest magnets in the world are neodymium magnets which are manufactured in different grades, however, each grade is given a handy name that allows you to instantly judge which magnet is stronger. Commercially available neodymium magnets range from N35 to N55 grade; the number after the letter ‘N’ represents the magnet’s maximum energy product. So, you guessed it, an N55 grade neodymium magnet is approximately 50% stronger than an N35 magnet of the same size.