This site uses cookies to provide and improve your shopping experience. If you want to benefit from this improved service, please opt-in.
More Info
Save Preferences
NOTICE - Our phone lines will now be open from 9am until 5.30pm (Monday to Friday). This will not impact our dispatch times and we are still operational, packing and dispatching orders as normal.
FIRST4MAGNETS® | BLOG | THE WORLD OF MAGNETSEarth's magnetic fieldAll about the Earth’s magnetic field
Menu
Earth's magnetic field

All about the Earth’s magnetic field

Why does the Earth have a magnetic field?

21st century scientists believe the magnetic field is generated from the Earth’s iron core which is approximately two thirds the size of the moon and as hot as the surface of the sun, around 5,700oC to be exact. Theoretically, this should cause the solid iron inner core to melt, however, the extreme pressure of gravity on the core prevents it melting. Closer to the Earth’s surface, surrounding the inner core is a 12,000 mile thick layer of molten material primarily consisting of iron and nickel.

Subsequent differences between this outer and inner core such as temperature and pressure cause convection currents in the molten layer. A convection current occurs when hot liquid rises into a cooler area and cooler, more dense material sinks. The spin of the Earth on its axis also causes swirling currents and as the liquid iron flows, it generates electrical currents, and, where there is an electrical current there is always a magnetic field. For the Earth’s magnetic field to last over billions of years it relies on these convection currents to continually generate. This self-sustaining cycle is known as the geodynamo.

About the Earth’s magnetic field

The simplest way to detect the Earth’s magnetic field is with a compass, you can even make your own as a great way to teach youngsters about magnetism. A compass will only tell you the direction of the Earth’s magnetic poles and most new smartphones come with a handy digital compass built in. A smartphone also uses inbuilt accelerometers and magnetometers to determine direction and speed, very useful for GPS based apps like sat-navs! There are also several great apps available that let you detect the Earth’s three-dimensional magnetic field. Search the relevant app store to experiment with these for yourself.

The Earth’s magnetic field in action 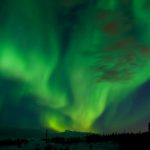 So, in summary, the Earth behaves in many ways like a large permanent magnet and while this is super-interesting, the chances are you are more likely to need to identify the poles of a permanent magnet you wish to use, rather than the direction of the Earth’s magnetic poles. Obviously magnetic fields are invisible so here we take a look at how you can identify them. 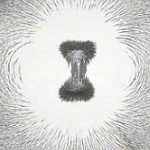 If you sprinkle iron filings on to a sheet of A4 paper and position a magnet underneath the filings align in the formation of the magnet’s magnetic field. A great experiment for kids. 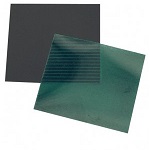 Magnetic field paper is a micro-encapsulated film which changes colour when placed in an external magnetic field, displaying the positions of a magnet’s poles and the pitching lines between them. 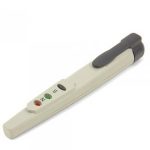 Analogue and digital pole testers are readily available and are the quickest way to identify the poles of a magnet.

Of course, no one carries a pole tester around with them all the time, but the majority of us do have our smart phones. You can download the first4magents Virtual Pole Tester app to turn your smartphone into a digital pole tester!