How to make a Gauss rifle

At first4magnets, we recently got hold of some super slow motion cameras. Naturally. after having fun using them to film large neodymium magnets squashing things in 2000 frames per second, we thought it would be interesting to shoot a permanent magnet Gauss rifle in slow motion and explain how one works…

OK, so a Gauss rifle or Gauss gun has no practical use, but they are fun to make and can really teach you a thing or two about magnets, momentum and the transfer of energy. A Gauss rifle certainly is not a weapon; in its simplest form a Gauss rifle is an arrangement of magnets and steel balls which together demonstrate a chain reaction as energy is transferred from one object to another, using the power of strong magnets. It makes an awesome science demonstration and gets its name from Carl Friedrich Gauss (1777-1855), a German mathematician and physicist whose name is also used as a measurement of magnetic flux density.

How to make your own Gauss rifle

A Gauss rifle is really simple to make, with just a few parts required. Here we explain how we made the example shown in the above video:

Our track was made from a large piece of sanded wood with a channel routed out down the centre for the balls to travel down. You don’t need to go to the trouble of machining a piece of wood, there are other ways of creating a track, such as using a square plastic channel, two wooden dowels stuck together, or even a plastic ruler with a groove down the centre. The key thing is that there is a straight groove that will help keep the balls in line as they travel from one magnet to another. 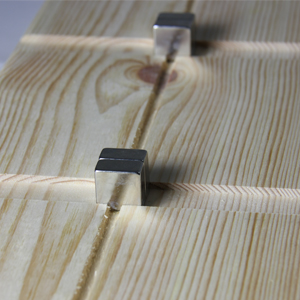 The magnets are the star of the show here. In our Gauss gun, we used two 20mm x 10mm square neodymium magnets attached together to make a 20mm x 20mm cube, and placed each cube 150mm apart. However, you could use a smaller single cube , or even a cylindrical neodymium magnet. The larger the magnets, the higher the velocity generated. You can experiment with positioning the magnets closer together or further apart to see how this affects the speed that the end ball will travel. 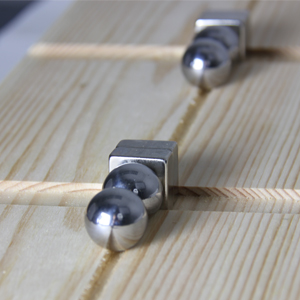 It is important to use mild steel ball bearings, as stainless steel ball bearings may not be magnetic! How many is the ideal number? Well, this depends on how many stages you create. In the above video, you can see that we had four sets of magnets and used nine balls, two balls after each magnet and a trigger ball. You will need at least two balls on the same side of each magnet, if you use just one ball, then the transfer of energy may not be sufficient to break the magnetic attraction and the ball will stay in position. Why not experiment with a different number of balls after each magnet to see how this affects the device. Tip: Too few steel balls and the ball that should be launched will not move, too many and more than one ball may be launched, reducing the speed of the final ball.

Once you’ve set up the apparatus, slide the trigger ball towards the first magnet and see your rifle fire!

A Gauss rifle can send steel ball bearings flying at high speed. Never aim the gun at anyone and do not put your hand in front of the projectile. Every magnet bought from first4magnets is supplied with its own warning sheet. It is important to remember that neodymium magnets can attract steel items such scissors from a great distance and large magnets attracting together can easily trap your fingers. Handle one magnet at a time and with caution. Children should not be allowed to handle neodymium magnets.

How does a Gauss rifle work? 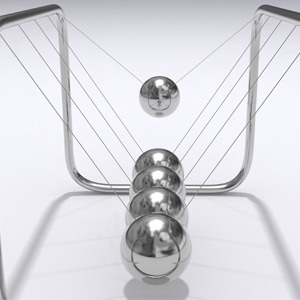 A Gauss rifle works by transferring kinetic energy from one ball bearing to another, known as the conservation of momentum. As the loose ball, let’s call it the trigger ball, moves towards first magnet it is attracted by the magnetic field and accelerates towards the magnet. The energy is then transferred through the magnet, then through the first steel ball on the other side and into the second ball, just like how Newton’s cradle works. The momentum transferred is greater than the magnetic attraction holding the second ball in place and the second ball is launched towards the next magnet. This ball accelerates further towards the next magnet and the process is repeated until the end ball is propelled.

Can I make my Gauss rifle shoot further?

You will never be able to get a Gauss rifle which uses permanent magnets to propel a steel ball more than a few feet as the ball being propelled will never have more energy than the ball being pulled into the magnet. However, a few simple changes can affect how far the end ball will travel, such as:

Adding more magnets – Increasing the number of stages will make the end ball travel further and quicker. However, each stage included adds a little less momentum than the one before it. Meaning there is a limit to what can be achieved using more stages.

Making a Gauss rifle can be lots of fun; they can also produce things of beauty when used with high speed cameras to capture projectiles in motion. These amazing photos, sent to us by John from Staffordshire, show a steel ball bearing, propelled by a Gauss rifle as it passes through a falling droplet of water. 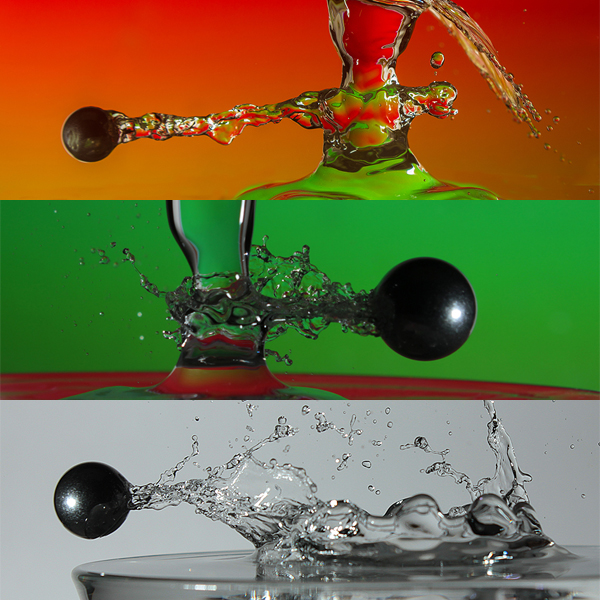