When you think about the many applications that First4Magnets’ Neodymium Magnets can be used for, the first thing that comes to mind might not be levitation. However, as you can see below, that’s exactly what the creative guys over at the Tonbridge School Physics Department have used them for!

Now for a little physics lesson…

Crucially, the “train” you can see in the video is made from a superconductor material (Yttrium-Barium-Copper-Oxide if you really want to know). Superconductors are simply materials that can conduct electricity without producing any resistance, meaning that they can carry an electrical current for an indefinite amount of time without losing any energy due to resistance.

By filling the “train” with Liquid Nitrogen, they manage to keep the it constantly below the temperature of -196°C which is low enough that the Yttrium-Barium-Copper-Oxide material that it is built from will exhibit its superconductor properties. Perhaps the most important of its properties to this application is the fact that no magnetic field can exist within a superconductor, along with the fact mentioned earlier that it can carry an electrical current without producing any resistance.

And now to the magnets!

For this project we supplied 400 of our F30105 magnets that are used for the “tracks” in the video seen above, which are all resting on a steel sheet.

Our magnetic “tracks” are vital in this application, as seen below! 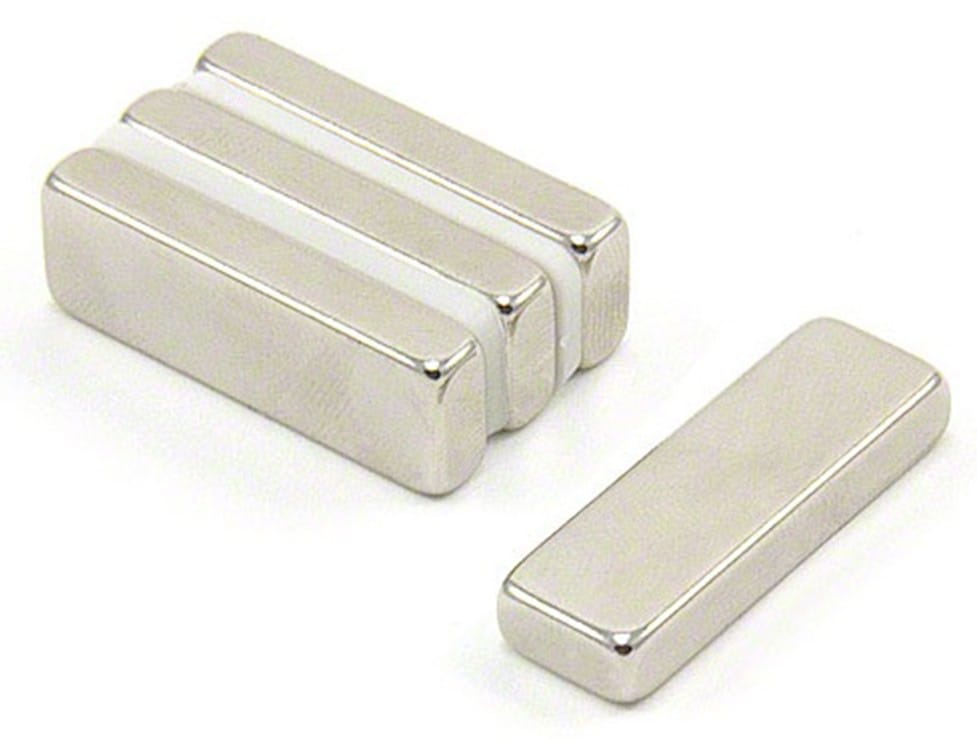 When magnets are present, the Meissner Effect means that small electrical currents flow near the surface of the superconductor, in this case the “train”, creating an opposite magnetic field from the magnets present. This repels the field at the top of the “train” away from the magnets, creating levitation as the “train” is constantly repelling from the “tracks” that it is resting on.

That explains the levitation, but how does the train move?

Well, our magnets that are used for the “tracks” are placed in an alternating pattern (North, South, North, South etc). Because the superconductor or “train” repels both North and South poles, it means that the “train” is constantly repelling away from the magnet it is resting above (Creating upwards levitation) and from the magnet it has just passed (Creating forwards levitation).

This train should run for as long as it is cooled below the necessary temperature for it to exhibit superconductor properties, which in the case of Yttrium-Barium-Copper-Oxide is below -180°C. This is why Liquid Nitrogen is used to cool the “train” in the video seen above. 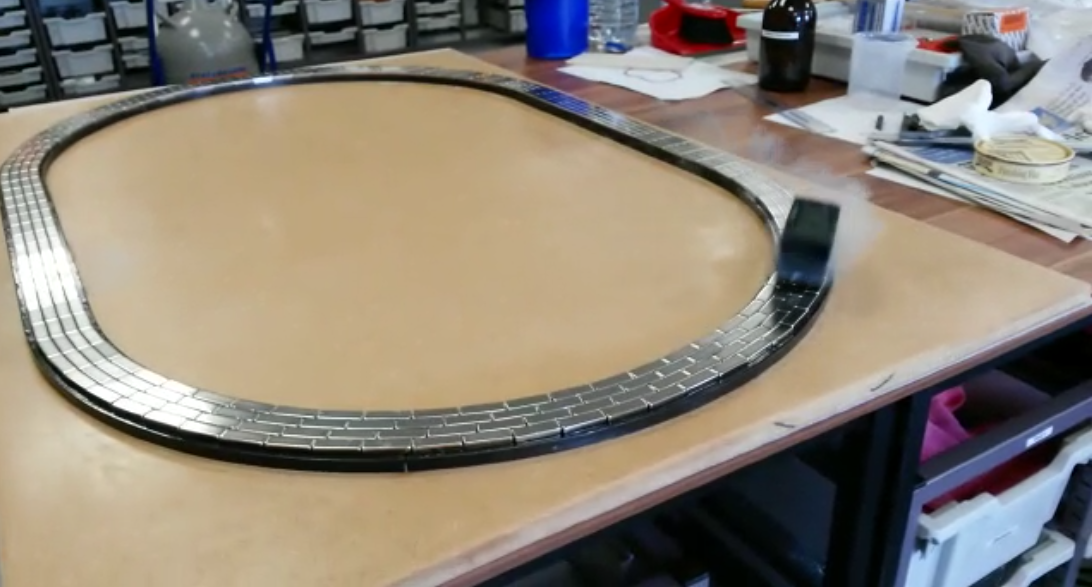 So that’s how First4Magnets’ Neodymium Magnets can be used to create a levitating superconductor train that’s cooled by Liquid Nitrogen! Pretty cool if we do say so ourselves!

However, there are some precautions that must be noted when using Liquid Nitrogen:

Warning: Do not try this at home!

If you decide to experiment with liquid nitrogen, please consult an expert for compete safety instructions. Please seek help beforehand and do not try this alone. You should also note the following:

Thanks for taking the time to learn about superconductors! If you have any questions, give one of our experts a call on 0845 519 4701 and they will be happy to help. In the meantime, lets get social… 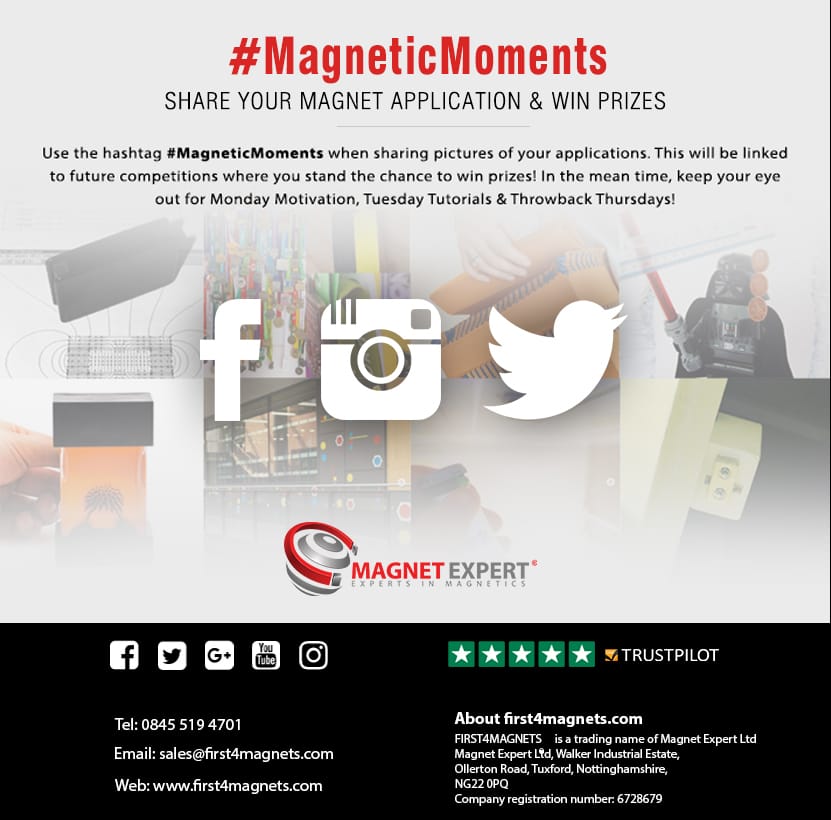